Will and Grace Season 9 Episode 6 Fashion

Karen Walker’s grey v neck sheath dress was the perfect dress to wear to work. The line “sorry I’m late but I got here as soon as I wanted to” sounded oddly familiar to me, anyone else? Everyone wishes they could have a job that requires drinking martinis while wearing couture. Karen seems to have nailed it. Well, I can’t deny that if anyone deserves it, she does (eye roll). Did anyone else think of Joe and Melissa Gorga when Will told Grace he rented the office next door? Yet another Bravo/Will and Grace cross over- Last week they talked about Andy Cohen.

We have finally heard about our beloved character Rosario, who is the only one of note that has yet to appear. And although Karen came with an “it’s a girl” (instead of “it’s a maid”) balloons to the hospital, it was sad news about her fictional health that will be the reason we don’t see it. Although Karen had a rough time accepting the end of Rosario, they turned it into yet another meaningful and perfect episode. I’m looking forward to more of the same when it comes back later this season! 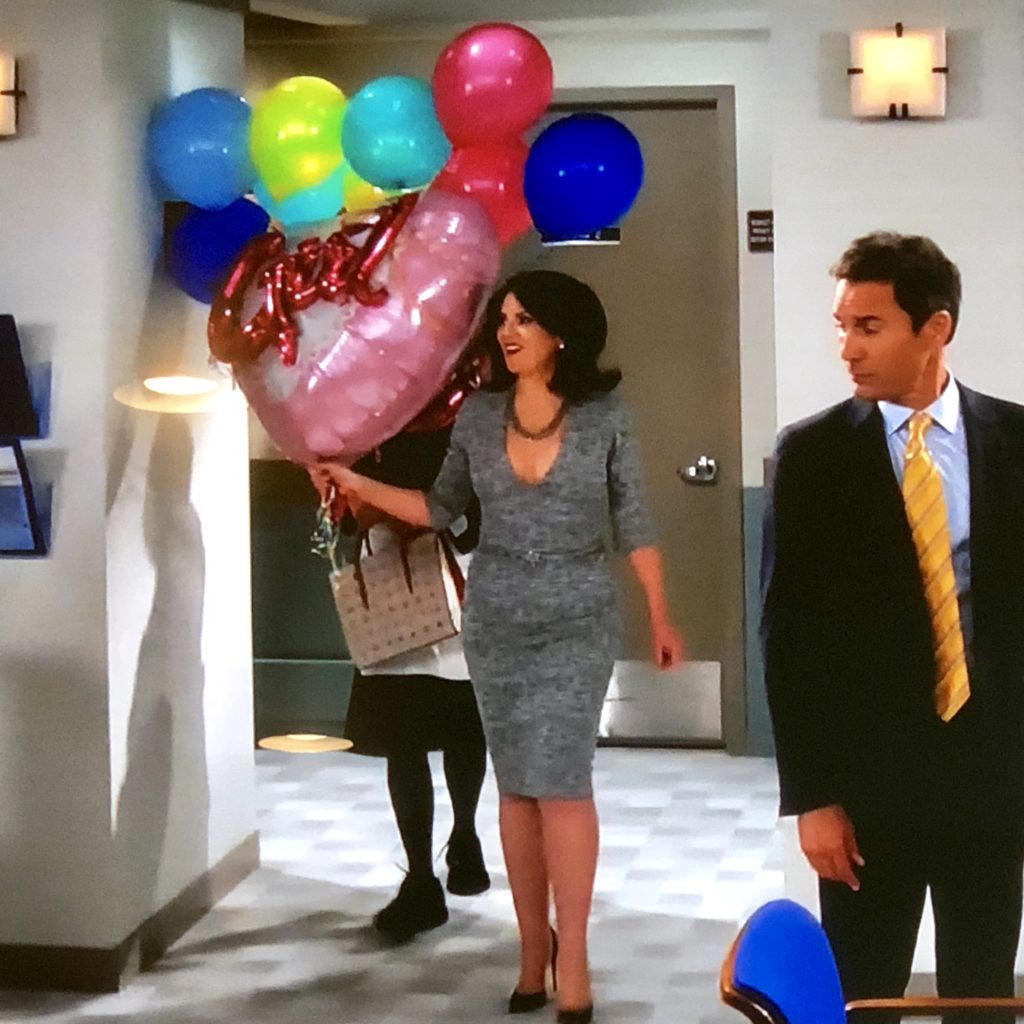