During tonight’s previews of Mary Cosby’s interaction with her church choir I said Amen on two different occasions. Once silently to myself when I saw Mary’s beaded sweatshirt. And the second time when the scene ended because I was a leeeeetle afraid of what she might say next to the members of her choir. 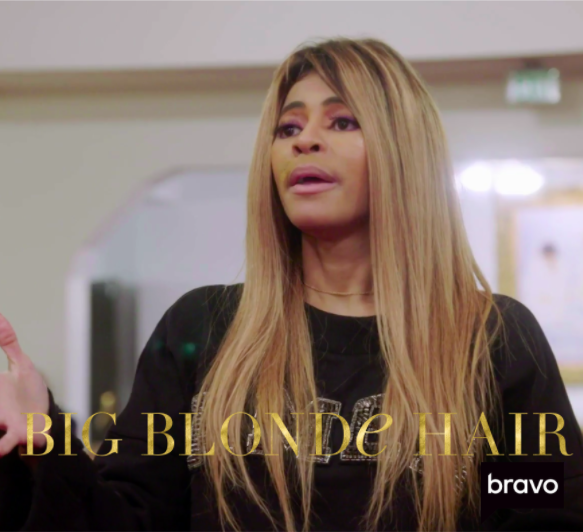 Click Here to See her Amen Sweatshirt Sold Out in Pink