Both the stars themselves and the Shah’s of Sunset studded backpacks arrived in Israel this week and it was SO fun to watch. The cast landed in my hometown of Tel Aviv, Israel. There was some added drama, in true Shah’s fashion, both at the airport and at the hotel but Israeli is no stranger to drama. And the Shah’s, including Asa, Reza and GG all had variations of this ever popular studded backpack to take them overseas.

The Shah’s stayed on a beachfront hotel in the heart of the city dubbed “mini Miami” and for good reason. It’s the best party beach in the biggest party town with the greatest foodie scene you can imagine. I mean, Wonder Woman Gal Gadot and Leo DiCaprio’s ex Bar Rafaeli (and yours truly) are all natives of this amazing place that you get to catch a glimpse of this season on Shah’s. And while they don’t give out these amazing backpacks, you can still make use of them, as they’re one of the few “cool” looking backpacks on the market. I like my Sketchers, but I LOVE my Shah’s backpack. 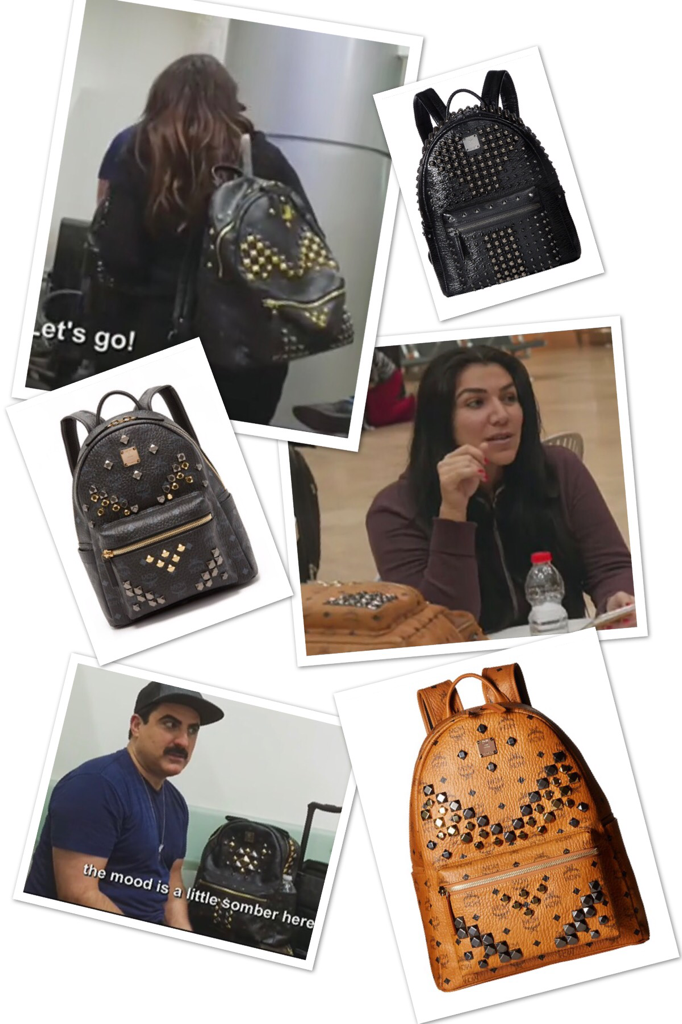