Melissa Gorga’s army green jacket in the Hamptons on tonight’s RHONJ pretty much sums up how we’re feeling about this episode based on what we’ve seen from the previews: blessed. Because not only has it already delivered us some super cute pieces to report on, but it looks like we’ll be getting another Jersey-style brawl out of it…and you can’t really put a price on that. 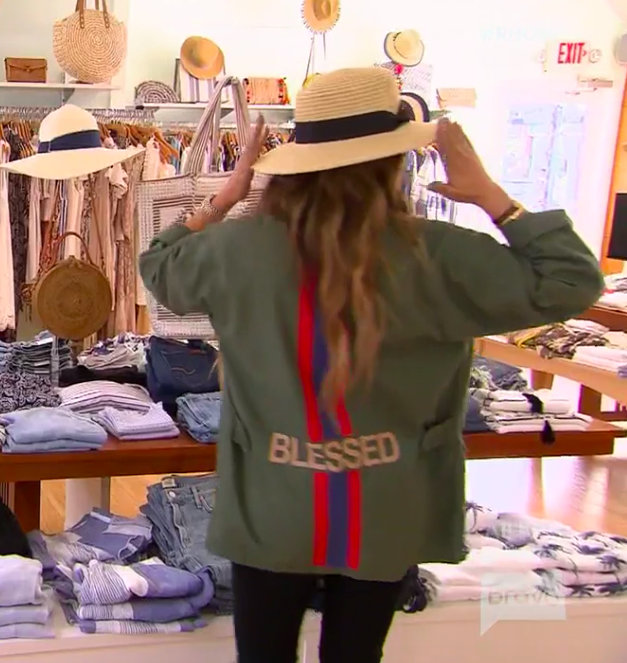