Tinsley Mortimer’s polka dot top was very “Tinsley” and we love it! With a flouncy skirt, she sort of matched her new bestie Carole’s outfit when she was on earlier this week. With the news breaking on Us Weekly today that Tinsley and Scott are no longer, we are worried about what’s going to happen to those amazing commercials they are in. I was literally on a group text discussing the situation. No more elevators? What will we do!

Scott lives here in Chicago and lives only a few blocks away from my parent’s house. Rumor has it that he is obsessed with Kennedy memorabilia which may have been the initial connection between Scott and Carole. Well apparently the Chicago/New York long distance was too much for the cute couple, but Tinsley seemed as upbeat as ever. Looks like those embryos won’t become zygotes any time soon either. 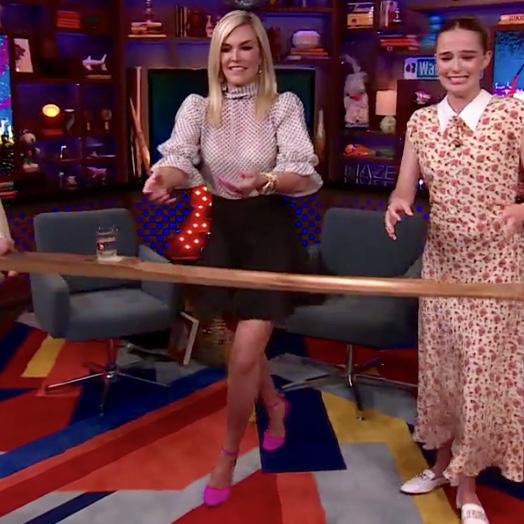